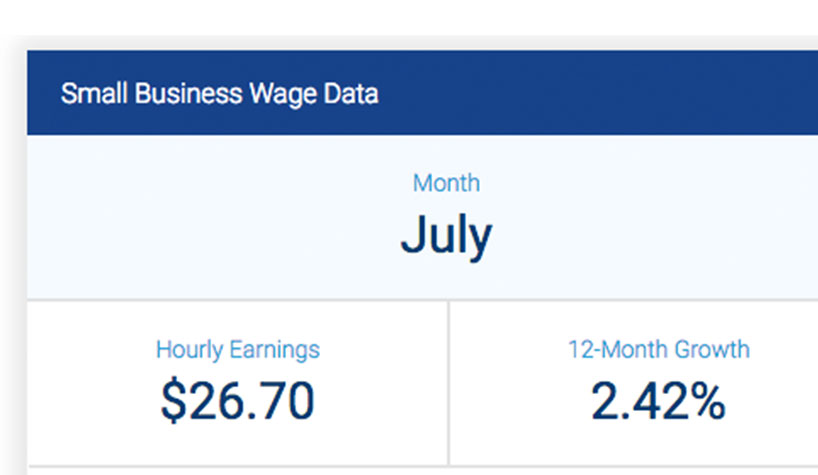 “The Small Business Jobs Index slipped slightly again in July, to 99.34. It has been on a steady downtrend for the past 18 months, falling 1.43% during that time, while large employers have expanded payrolls,” said James Diffley, chief regional economist at IHS Markit.

“We continue to see declining wage growth, which is unexpected in such a tight labor market,” said Martin Mucci, Paychex president and CEO. “We recently surveyed business owners to look into this further. Of those who don’t plan to raise wages this year, the majority (65%) indicated they’re not making enough profit to do so, others are choosing to invest in other aspects of their business (28%).”