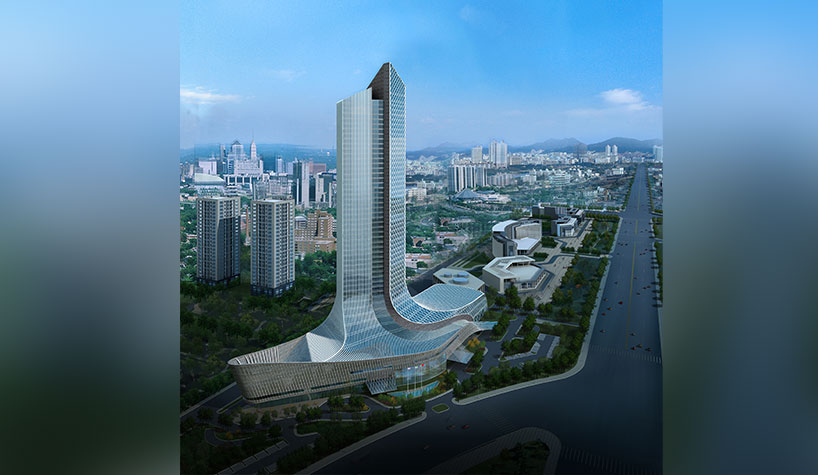 INTERNATIONAL REPORT—Hotel developments in the Asia-Pacific region include two recent openings—a dual-branded JW Marriott/Courtyard by Marriott in Yinchuan, China, and a Four Seasons in Tokyo—and more.

Courtyard by Marriott Yinchuan offers 234 guestrooms, The Pavilion restaurant, the Lobby Lounge, and a 24-hour gym.

Four Seasons Hotel Tokyo at Otemachi
The new Four Seasons Hotel Tokyo at Otemachi is now open in Tokyo’s oldest neighborhood near the Imperial Palace. Located on the highest floors of a 39-story tower designed by Skidmore, Owings & Merrill, with interiors by lead designer Jean-Michel Gathy of Denniston, the hotel offers 170 guestrooms and 20 suites, including the 38th-floor Imperial Suite.

Amenities include four new F&B concepts, including three spaces designed by Spin Design Studio, The Spa at Four Seasons, a gym, an 87-ft. indoor pool and more than 14,700 sq. ft. of meeting space, including the Grand Ballroom with a 20-ft. ceiling.

Inspired by New York’s art and fashion scene, Kimpton Shinjuku Tokyo will be the first international hotel brand to open in the Shinjuku district in 26 years. It will offer 151 guestrooms; three meeting and event spaces; a health and fitness center; and a chapel doubling as an art gallery. F&B outlets will include District, a Tokyo brasserie and The Jones, an all-day New York-inspired deli café.

Kimpton Maa-Lai Bangkok, the first hotel in Southeast Asia for the brand, will open in the Thai capital at the heart of the Langsuan area and next to Lumpini Park. The hotel will offer 362 rooms, including 131 serviced residences, as well as F&B concepts Craft, the all-day lobby bar, and Bar.Yard, an urban rooftop garden and bar. Opening in the coming months are Stock.Room market and the Ms. Jigger cocktail bar.

The hotel will be located in the Tianfu Yixin Lake development area in the Shuangliu district, about 12.4 miles from the center of Chengdu. The new property will feature 303 guestrooms. In addition to all-day dining and a lobby bar lounge, there will be banquet halls, conference rooms, fitness facilities and an indoor swimming pool.