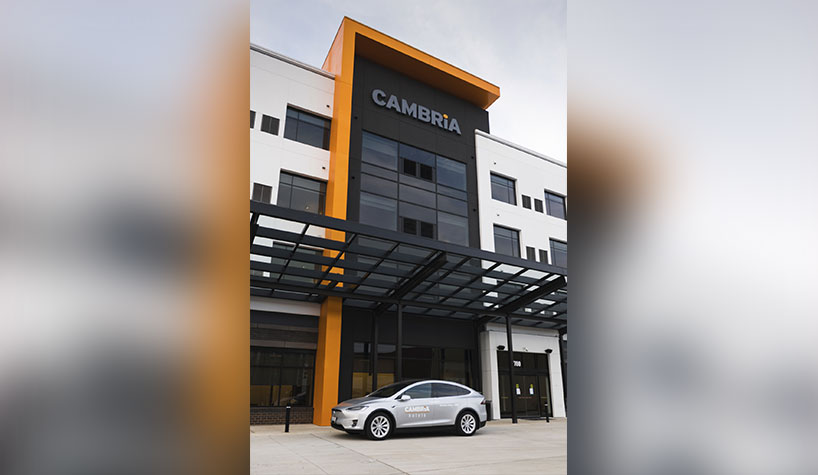 ROCKVILLE, MD—Choice Hotels International is expanding, converting and adding properties in the U.S. With brand openings in key cities to conversions in the Mid-Atlantic, here’s the recent news from the company:

Employers in the area include Fort Meade, the National Security Agency, Rockwell Collins ARINC and Lockheed Martin. The hotel is also close to the Arundel Mills Mall and Baltimore-Washington International (BWI) Thurgood Marshall Airport. The hotel was developed in collaboration with Somerset Construction Company and USA Management II Inc.

The 122-room hotel is close to downtown Reno; the Reno-Tahoe International Airport; the University of Nevada, Reno; the Reno-Sparks Convention Center; and the Tesla Gigafactory, as well as several hospitals and local businesses.

The hotels will open before the end of the year and in early 2019 in multiple cities and include a mix of the Clarion, Clarion Pointe, Quality Inn and Rodeway brands:

Hotel Ylem in Houston has joined the Ascend Hotel Collection. The property recently completed renovations, and the revamped boutique hotel now provides a more personalized guest experience and rooms that include contemporary, ethically sourced local products, such as in-room coffee, bath amenities and linens. Its central location gives guests access to attractions such as the Museum District, Houston Zoo and NRG Stadium, the home field of the Houston Texans NFL team.

The 79-room hotel donates a portion of its in-room minibar, sundry shop and cocktail lounge sales to charity: water, a nonprofit that provides clean drinking water to developing nations. Guests can also visit the on-site art gallery, which sells works from local artists and then donates the proceeds to philanthropic partners.