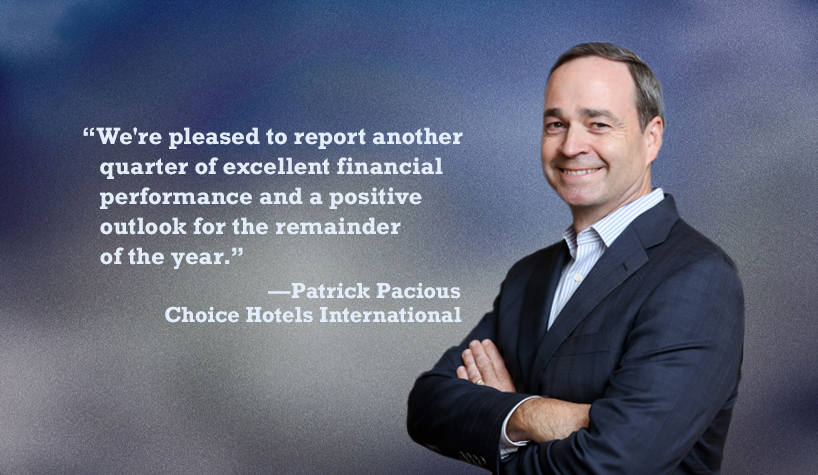 ROCKVILLE, MD—Choice Hotels continues to chart solid growth in the second quarter, according to an earnings report.

“We’re pleased to report another quarter of excellent financial performance and a positive outlook for the remainder of the year,” said Patrick Pacious, president/CEO, Choice Hotels. “We’re especially pleased that the transformation of our flagship Comfort brand is progressing on schedule and paying off: Renovated hotels are outperforming the segment and capturing more business travel while developer demand remains strong.”

In the past three months, the company entered the final stages of the $2.5-billion transformation of its flagship Comfort brand. Only one-third of Comfort hotels is either under renovation or will undergo renovations in the second half of the year.

“Additionally, our strategic investment in the upscale Cambria brand is propelling its rapid growth across the country—this summer alone, seven Cambria hotels are expected to open their doors in top-tier markets, which, together, represent more than 1,200 upscale rooms that will join our upscale portfolio,” said Pacious.

In addition, the Choice Privileges loyalty program grew to more than 42 million members.

Among the second-quarter highlights: