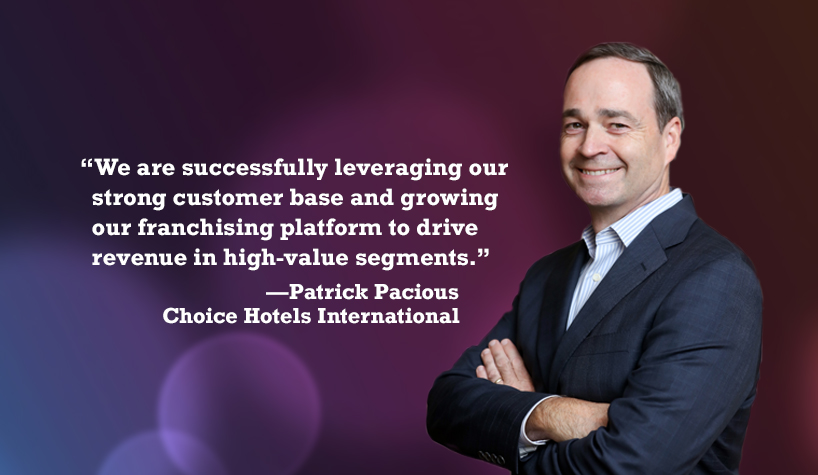 “We’re pleased to report another quarter of strong financial performance and a positive outlook for the growth of the business,” said Pacious. “We are successfully leveraging our strong customer base and growing our franchising platform to drive revenue in high-value segments. Specifically, Cambria is leading the evolution of our portfolio to become more revenue intense by attracting business travelers in top RevPAR markets. Our investments in Cambria are not only driving the brand’s growth, but also benefitting the entire portfolio through new technology, increased brand recognition and other key franchisee resources.”

Highlights include the following:

A Strong Quarter for Growth

During the third quarter of 2019, the company continued to strengthen its presence in the higher growth and more revenue intense upscale, midscale and extended-stay chain-scale segments.

In particular, the company:

A Look at Revenue

Total revenues for the three months ended September 30, 2019 were $310.7 million, an increase of 7% from total revenues reported for the same period of 2018. Total revenues, excluding marketing and reservation system fees, for the third quarter increased 10% over the prior year comparable period to $153.7 million.

Domestic systemwide RevPAR declined 0.7% for the third quarter, compared to the same period of the prior year.

Procurement services revenue increased 27% in the third quarter to $14.8 million, compared to the same period of the prior year.