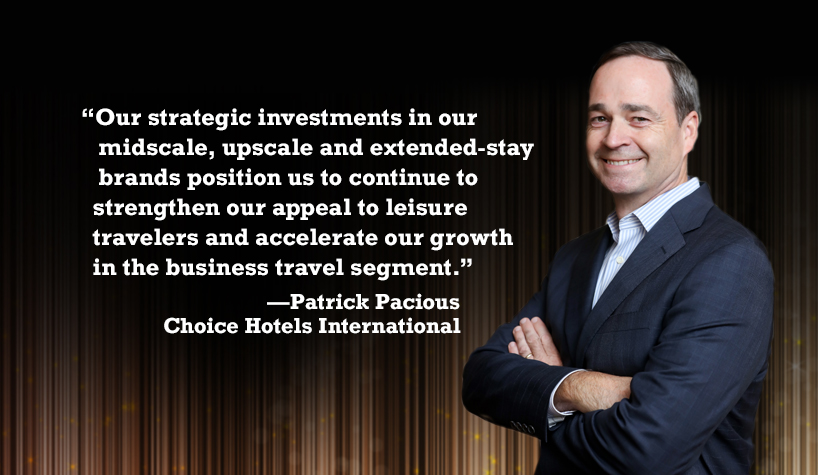 ROCKVILLE, MD—Choice Hotels International Inc. has reported its results for the three months ended March 31, 2019. The brand’s upscale and international rooms increased by 12% and 5% respectively, which Pat Pacious, president/CEO of Choice Hotels, attributes to not only a well-segmented portfolio, but its internal operations as well.

“For 80 years, Choice has been committed to empowering our owners to be in business for themselves, but not by themselves. We’ve achieved this by delivering best-in-class franchisee resources. At times, innovation means building these new resources ourselves,” Pacious said in an earnings call.

Additionally, during the first quarter of 2019, the company:

“Choice Hotel’s proven business model continues to deliver strong financial performance to our franchisees and shareholders,” Pacious said. “Our brands continue to appeal to a wide range of guests for both leisure and business travel. In addition, our strategic investments in our midscale, upscale and extended-stay brands position us to continue to strengthen our appeal to leisure travelers and accelerate our growth in the business travel segment.”