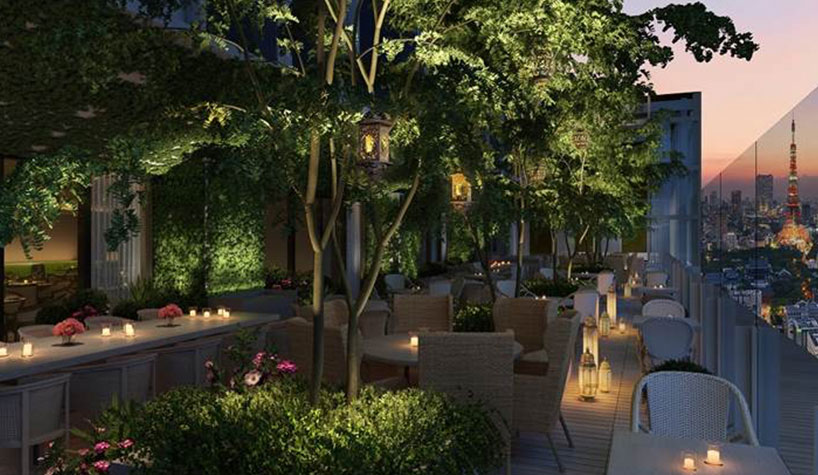 A rendering of the Tokyo Edition Toranomon

With two existing properties in the Asia-Pacific region, Edition Hotels expects to open its first property in Japan—The Tokyo Edition Toranomon. Edition expects to expand its footprint in the Middle East with the opening of The Dubai Edition, the second hotel in the UAE following last year’s launch of The Abu Dhabi Edition. Europe is also expected to see its fourth Edition property with the launch of The Reykjavik Edition in Iceland.

“All of the Edition hotels are unique, original and one of a kind, embedded with a sense of time and place,” said Schrager.

Scheduled opening dates are below:

Set to be the first Edition Hotel in Japan, the Tokyo Edition Toranomon is slated to rise as part of the redevelopment of the former Pastoral Building, a mixed-use project comprising offices, residences and a medical center. To be located in Tokyo’s upmarket neighborhood of Toranomon, the hotel is expected to offer access to some of Tokyo’s most notable sites, including the Tokyo Tower and Tsukiji fish market. Within walking distance to the nightlife and restaurants of Roppongi, The Tokyo Edition Toranomon will further raise the bar in entertainment and gastronomy for the area, according to the brand.

Created in partnership with the globally renowned architect and designer Kengo Kuma, who designed the Tokyo 2020 National Olympic Stadium, The Tokyo Edition Toranomon is slated to have 205 rooms and suites, four food and beverage outlets, dedicated meeting and events spaces, a swimming pool, a fitness center and a spa. Edition’s cocktail bar, Punch Room, is also planned as part of this project.

Opening in a prime location within the downtown area of the city, The Reykjavik Edition is set to launch in late 2020. Adjacent to the prominent Harpa Concert Hall, the hotel is situated in both a vibrant and scenic part of Iceland’s capital.

Ian Schrager Company has collaborated with architects T.arch and designers Roman & Williams to introduce Edition Hotels to Iceland. Poised to offer 250 rooms and suites, The Reykjavik Edition will house a private rooftop, nightlife space and ballroom. In addition, the hotel is expected to offer guests and locals a diverse culinary offering with three restaurants and a café.

Next year’s expected opening of the Dubai Edition in the Middle East’s most popular travel destination will mark a significant expansion for the brand. The property is slated to open in downtown Dubai in one of the city’s most popular locations, opposite the Dubai Mall.

Designed in partnership with LW Design Group LLC, plans for the hotel call for 210 rooms and suites, along with seven restaurants, swimming pools, pool deck dining, a spa and fitness center, in addition to dynamic events spaces boasting multiple meeting rooms and a ballroom.

CitizenM Plans Global Expansion in 2020 AMSTERDAM—CitizenM has expansion plans for 2020. With openings planned for the U.S. and Europe, CitizenM will…
Motto by Hilton Breaks Ground in Atlanta; Plans for Global Expansion MCLEAN, VA—Hilton celebrated the groundbreaking of one of the first Motto by Hilton hotels, in the…
Selina plans expansion in key global markets Selina, a hospitality and experiential brand targeting millennial and Gen Z travelers, has revealed plans to…
Wyndham Continues Global Expansion With Two Openings INTERNATIONAL REPORT—Wyndham Hotels & Resorts is expanding its global presence with openings in India and Nepal:…