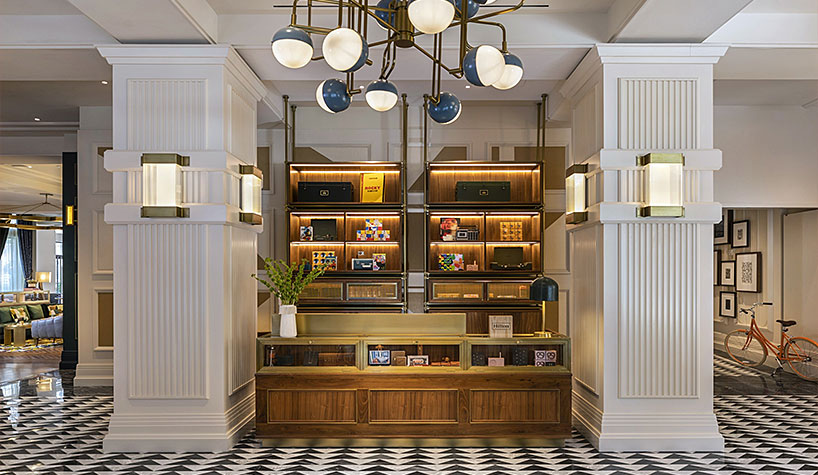 NATIONAL REPORT—Hotel openings include the first Canopy by Hilton in Pennsylvania and the latest Glo property, while a TownPlace Suites is making its debut in Albuquerque, NM, later this week.

Developed as an adaptive-reuse of Philadelphia’s historic Stephen Girard Building, BLT Architects, an integrated architecture firm, worked in collaboration with interior designer AvroKo to pay homage to the city’s historic roots while applying many of the original Beaux-Arts architectural elements, according to the brand. The design was also inspired by Philadelphia’s lineage of hip-hop culture by incorporating the early looks “Big Fashion,” which is displayed by the property’s patterning on fabrics, and pops of color in the material selection.

The first-floor restaurant, The Wayward, will open to outdoor dining on Aug. 3 in a limited capacity to ensure adherence to physical distancing recommendations. Amenities include approximately 3,600 sq. ft. of indoor and outdoor meeting space; complimentary Canopy Bikes for exploring the city; rooms and suites with signature Canopy beds and free WiFi; and a 24-hour fitness center.

The hotel is close to the Tulsa Port of Catoosa and the Tulsa International Airport, as well as attractions such as the Tulsa Zoo, Oklahoma Aquarium, ONEOK Field and  BOK Center.

Other amenities include complimentary hot breakfast in the lobby area; an indoor swimming pool with an outdoor patio and gazebo; a 24-hour fitness center; a boardroom; laundry facilities, complimentary WiFi throughout the hotel; and on-site business services.