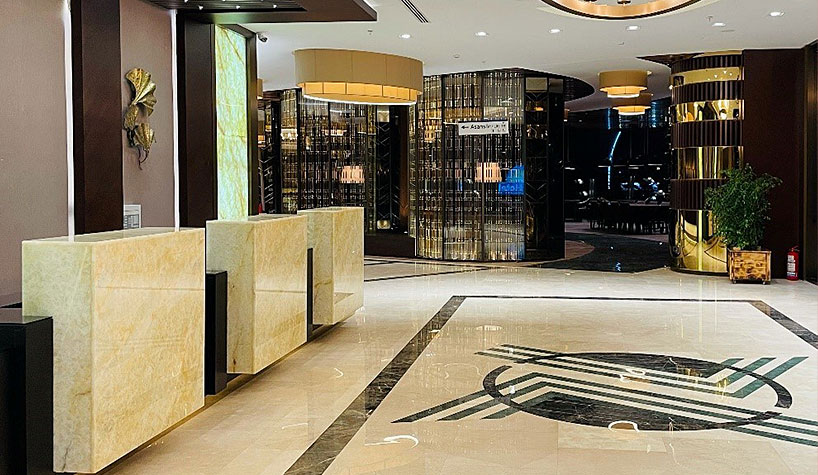 Wyndham launches Days Inn Brand in Turkey
Wyndham Hotels & Resorts is further strengthening its position as Turkey’s largest international hotel chain with the upcoming opening of the newly built Days Hotel by Wyndham Istanbul Maltepe, its first property in the country under the economy brand.

The 80-room hotel is slated to open later this summer as travel demand is expected to pick up. It will be complemented by the 176-room Days Hotel by Wyndham Istanbul Esenyurt, a new construction hotel that is part of a mixed-use development scheduled to open in the second part of the year.

The new additions are the latest in Wyndham’s expansion in Turkey, where the company is the largest international hotel chain with 80 hotels across the country including cities, resorts and up-and-coming destinations, and a development pipeline of more than 2,000 rooms, including five hotels expected to open this year.

Days Inn is the eighth hotel brand Wyndham has launched in Turkey, following the recent debut and expansion of the La Quinta brand in Istanbul, Giresun and Bodrum.

The newest additions in Turkey build on the Days Inn brand’s growing presence across Europe, Middle East, Eurasia and Africa (EMEA), including more than 50 hotels across the U.K., France, Germany, The Netherlands, India,Saudi Arabia, Senegal, Azerbaijan and Jordan. The brand is also set to debut in the UAE later this year, with the opening of Days Hotel by Wyndham Dubai Deira.

Originally built in 1914 as one of Korea’s first luxury hotels, the hotel is located in Gangnam, one of Seoul’s most vibrant and energetic districts, according to the company. The new property acknowledges the heritage of the first opulent hotel in Korea, the century-old Chosun Hotel, once an iconic landmark in the heart of the city.

Designed by architectural team Humbert & Poyet of Monaco, Josun Palace redefines luxury by combining sophisticated, modern aesthetics with timeless Korean design elements such as strong lines and bold geometric patterns, the company reports. The hotel’s arrival area and its Grand Reception usher guests into a world of elegance and impeccable Korean hospitality. Awakening the senses from the moment of arrival to departure, the hotel also has a signature fragrance, “Lasting Impression” throughout all its spaces, evoking the mystery and elegance of incense.

Opening under a management agreement with SGI Invest LTD, the hotel is located in two historical buildings—the first was a gymnasium which was completed in the 19th century and the second was a library named after a famous Armenian poet, Avetik Isahakyan.

Yerevan, the capital of Armenia, is becoming a popular destination for both leisure and business travelers, according to the company. It’s a city where old meets new—the streets are lined with taverns offering traditional Armenian barbecue alongside European-style wine bars.

The hotel has 191 guestrooms and an open lobby designed to combine the hotel’s public spaces including the reception area, restaurant, bar and lounge into one open and cohesive space to provide guests with a place to relax, eat and work. Moreover, the hotel has an on-site spa and fitness club, Cloud 7, with massage rooms, beauty treatments and an array of fitness equipment along with a pool, whirlpool spa, sauna, hammam and a salt room. Adjacent to it is the Cloud 7 Terrace Bar & Lounge.

The hotel has a second-floor meeting and events space with seven conference rooms.