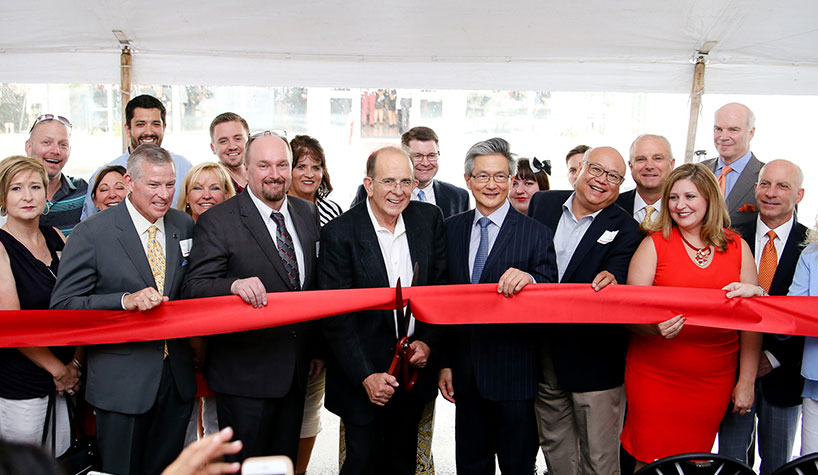 NATIONAL REPORT—Best Western has launched its new boutique brand in Springfield, MO; Hampton Inn brings its new prototype to Baltimore; and Hyatt Park opens near tourist attractions in Florida. Here’s more on the recent openings across the country:

The 92-room Vib Springfield has zones for work and play with amenities including USB and power ports, free WiFi in the lobby and guestrooms, a grab-and-go station, a 24/7 sundries shop, local food and coffee, eight gaming stations, a 24/7 fitness center, a 24/7 electronic tech shop, a fireplace lounge and a social mezzanine.

“Best Western has evolved significantly in recent years, expanding our portfolio from one brand to 11, to deliver the hotel offerings and unique experiences today’s sophisticated travelers and developers expect,” said Ron Pohl, SVP/COO for Best Western Hotels & Resorts. “The introduction of Vib was an integral part of Best Western’s evolution, offering a boutique concept designed for the upscale hotel segment and filling a niche in today’s competitive marketplace.”

Hampton Inn by Hilton Baltimore Bayview Campus has opened in Baltimore. This 115-room hotel is an early adopter of Hampton’s new design and the first to incorporate features of the brand’s new prototype.

Additionally, Hampton by Hilton has also opened four new properties. The latest openings add to the brand’s growing global portfolio of more than 2,380 open properties with an additional 620 in the pipeline.

Among the spaces to lounge or dine include The Commons, a lounge with an open space for guests and the Outdoor Commons with fire pits; 24/7 H Market; and the H BAR with the Sip + Snack Menu offered seven days a week.

Facilities include a 24-hour gym and gathering rooms with more than 680 sq. ft. of flexible meeting spaces.