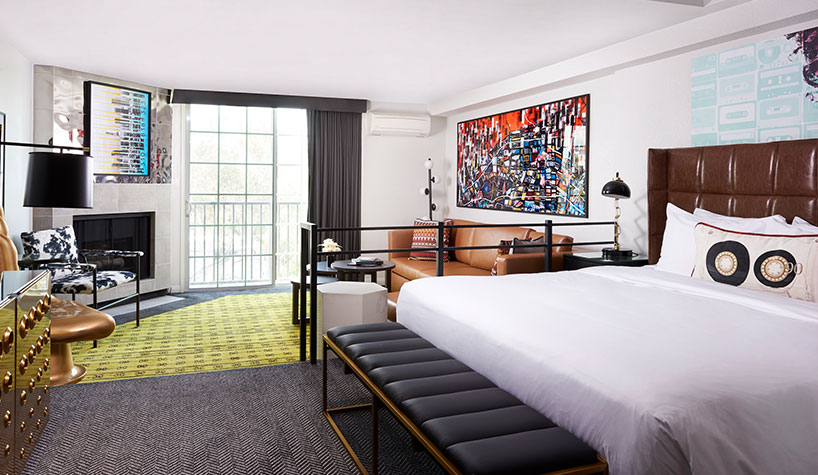 NATIONAL REPORT—Six U.S. hotels have undergone renovations or are currently being revamped. These properties are incorporating local inspirations with modernized amenities:

Montrose West Hollywood worked with designer Jackie McGee of Perkins + Will to transform the hotel into a space for both leisure and business travelers by incorporating updated furniture, lighting and art pieces. Coinciding with the redesign, Montrose West Hollywood has introduced new programming and amenities, such as a nightly music-themed happy hour with wine pairings and in-suite recipe kits.

The Chamberlain also tapped Jackie McGee of Perkins + Will to lead the hotel’s redesign. Inspired by creatives of the fashion industry, who regularly frequent the hotel, The Chamberlain’s new look evokes a residence of a well-traveled fashionista with touches of monochromatic tones, in addition to art pieces and contemporary furniture.

AKA Rittenhouse Square has reopened its doors to unveil new leisure, entertainment, business and wellness amenities, as well as upgrades to the hotel residences.

The 240-suite property also has modernized two-room accommodations. All suites include a private guestroom, separate living area complete with a pull-out sofa and wet bar. There are also pet-friendly suites available.

MGM Springfield has revealed the designs for the lobby and 16-suite collection within the $960 million resort and casino debuting Aug. 24.

Drawing inspiration from Springfield’s past, MGM Springfield’s interior spaces will incorporate architectural elements from the layered period styles of neighboring buildings, while taking cues from the city’s literary and industrial heritage.

The JW Marriott San Antonio Hill Country Resort & Spa has refreshed its restaurants and lobby spaces. Inspired by the Texas Hill Country and the resort’s natural surroundings, the new design, created by the design firm Seifert Murphy, reflects its regional surroundings throughout the new furnishings.

Building on the saturated color palette of the river and the surrounding banks and limestone cliffs, the scheme of the resort’s design is a sanctuary, aiding the guest in a full immersion of the landscape surrounding the resort.