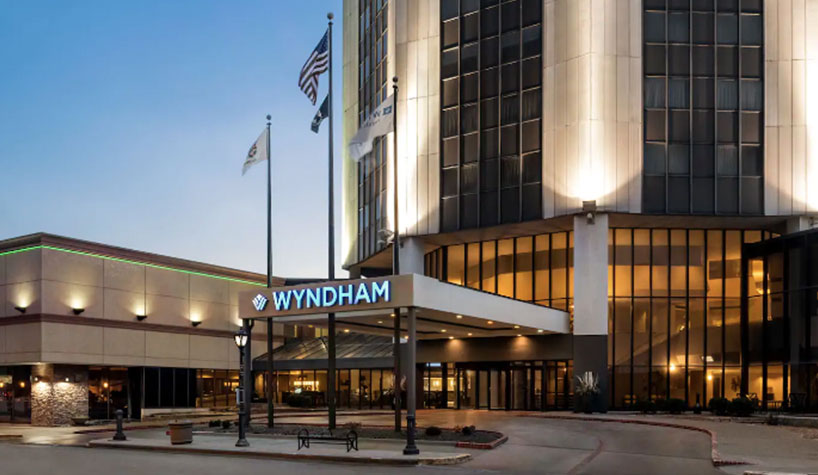 Q2 highlights include the following:

Revenues declined to $258 million in the second quarter of 2020, compared with $533 million in the second quarter of 2019. The decline includes lower pass-through cost-reimbursement revenues of $94 million, which have no impact on adjusted EBITDA, in the company’s hotel management business, the company reports. Excluding cost-reimbursement revenues, revenues declined $181 million, reflecting a 54% decline in comparable RevPAR and the impact from hotels temporarily closed due to COVID-19.

Geoffrey A. Ballotti, president/CEO, noted that the company has seen steady improvement in ADR, occupancy and RevPAR over the past three months.

“Drive-to leisure demand to our thousands of hotels near beaches and national parks, or to our hotels along the interstate on the way to get there, remain strong,” he said. “Weekend occupancy has outperformed weekday occupancy for the last 14 consecutive weeks, and July month-to-date weekend occupancy is averaging 10 points higher than weekdays. Overall, occupancy continues to show sequential improvement in our economy and midscale brands in the U.S. and our month-to date occupancy is averaging almost 50% in the U.S. and recently reached a high point of nearly 60%, reflecting strength in drive-to leisure destinations.”

Ballotti noted that the company is seeing some plateauing in the harder hit, larger markets like Florida, Texas and California, but is seeing continued occupancy improvement in smaller markets like Colorado Springs, Lake Michigan and the Texas Gulf Coast.

“Aside from leisure travel, we are seeing consistent demand from guests who have to travel in the transportation, utility, logistics and infrastructure industries, with project and construction work coming back to near-business-as-usual levels,” he said. “We are also seeing increasing demand from the military, government, medical and small social segments like family reunions, birthdays, anniversaries and small weddings.”

Ballotti noted that Wyndham is keeping an eye on the impact of certain reopening plan rollbacks. “We are very well aware that leisure travel may abate somewhat in the fall,” he said. “Nevertheless we are encouraged by continued consumer confidence in drive-to getaways.”

Ballotti expanded on why Wyndham believes it is uniquely positioned to outperform not just during the crisis and the recovery, but also for the longer term. “Our business is fueled by leisure travelers representing 70% of our bookings, yet the other 30% are coming from guests for whom travel is essential to their job, is predictable and dependable,” he said. “Our portfolio of hotels is not reliant on air travel; rather it’s predominantly drive-to with about 90% of our U.S. hotels located in suburban, interstate or small metro markets. With these destinations primarily appealing to domestic travelers, the vast majority of our portfolio is also not reliant on international travel.

“We lead the select-service space—99% of our U.S. hotels are select service, and these hotels fare much better in turbulent times than higher-end chain scales,” he added. “We have a proven track record of growing our unit base even during times of economic difficulty. We do this by focusing our efforts on conversion opportunities and by leveraging the significant breadth and depth of benefits we can provide to potential owners and being associated with the world’s largest hotel franchise system driven by a strong brand and strong value proposition.”

He continued, “Finally, our business model is low risk. With more than 95% of our hotels franchised, we have limited exposure to operating cost and capital requirements associated with owned assets. We require less than $50 million in annual CapEx spend and we have minimal to no exposure to incentive fees. Our revenue and cash flows are highly predictable and reliable, and it is due to these strengths that nearly all of our hotels were able to remain open throughout this crisis, even in the softest days of late March and early April when occupancy across the industry fell to nearly 20%.”

Ballotti noted that the company’s recovery plan is showing meaningful results. “Direct-channel web bookings are up 80% since the April/May timeframe,” he said. “Volume into our call centers is trending near pre-COVID levels and loyalty member occupancy has increased by more than 400 basis points year-to-date compared to 2019. And as volumes have increased and demand has begun to recover, we have been able to welcome back thousands of team members to our managed properties and we have been able to bring back all furloughed team members to our corporate offices.”

Development
As of June 30, 2020, the company’s hotel system of more than 9,000 properties and 813,000 rooms remained flat year-over-year. During the second quarter of 2020, the company opened 62 new hotels totaling 5,700 rooms, a year-over-year decline of 65% as new-construction openings were delayed and conversion volumes were lower.

“While we were only able to open 300 rooms in April, we opened 1,100 rooms in May and 4,300 rooms in June,” Ballotti said. “Conversions improved dramatically in June as well, representing over 70% of our volume versus 57% a year ago. We were pleased with the pickup in conversion activity as the quarter progressed both on the signings and openings front.”

As expected, the company’s global retention rate over the last 12 months declined to 93.7% compared to 95.2% during the same period last year due to the company’s removal of approximately 9,000 non-compliant master franchise rooms in China, as previously disclosed.

The company’s development pipeline consisted of more than 1,300 hotels and approximately 180,000 rooms, a 4% year-over-year room decline, or a 5% decline sequentially, as a result of softer sales activity in the second quarter due to travel restrictions, increased hurdle rates and a more conservative probability factor applied to projects in the pipeline which have not yet secured financing. Approximately 64% of the company’s development pipeline is international and 76% is new-construction, of which 34% have broken ground.

La Quinta
Wyndham recorded a net impairment charge of $206 million ($159 million, net of tax) during the second quarter of 2020, primarily related to the La Quinta tradename. The future cash flows expected to be generated from the La Quinta tradename have not changed materially; rather, the impairment charge was principally attributable to a higher discount rate primarily resulting from increased share price volatility, consistent with the lodging sector and broader equity markets, according to the company.

Ballotti noted that the company is bullish on La Quinta. “On the franchise side, the system grew 4% in 2019, it’s grown 2% year-to-date and quarter-on-quarter we added five hotels, so it was up 1% sequentially,” he said. “We’ve executed 85 new deals since acquisition and the retention rate remains strong at slightly over 98% since we acquired the brand.

“It is the strongest performing brand in our lineup,” he added. “The RevPAR index has grown to 107% both YOY and on a two-year stacked basis. It’s also our highest occupancy brand right now. La Quinta ran 65% occupancy this Saturday night.”

Ballotti also noted the brand has potential to grow internationally. “We have added eight executed deals, four under construction, in the Dominican Republic, we opened a hotel in Istanbul and had an opportunity to find two more conversion opportunities,” he said. “We’ve executed two in New Zealand and just signed one in China. We’re very bullish on La Quinta moving forward.”

Restructuring Charge
In an effort to mitigate the revenue declines resulting from COVID-19 and to further position itself for growth during the recovery period, Wyndham undertook various restructuring actions that resulted in a charge of $16 million ($13 million, net of tax) during the second quarter. This charge comprises $11 million for severance and related benefit costs resulting from the elimination of approximately 180 positions and $5 million of lease-related costs. In combination with the company’s first quarter COVID-19 related restructuring charge, Wyndham has now reduced approximately 440 positions and expects to realize $50 million to $55 million of annual savings as a result of these actions.

Outlook
Wyndham reports that its ability to assess the impact of COVID-19 on its full-year financial results continues to be limited due to the uncertainty in travel demand during the remainder of 2020.

But looking toward performance in the immediate future, Ballotti said, “It’s important to note that our leisure mix does not change dramatically from quarter to quarter. Less than 1% of our franchisees’ room nights are generated by group business and we are no more reliant on corporate or contracted business in the third and fourth quarters than we are in the second quarter. In 2019, leisure made up 70% of our business in the second quarter, 71% in the third quarter and 69% in the fourth.”

And he believes there’s still opportunity for future growth. “Despite the ongoing impacts of the pandemic, there remains opportunity in the market, especially in conversions, as owners evaluate the best way to manage their future,” he said. “We believe conversions will become an even more important growth vehicle for us over the next several years.”