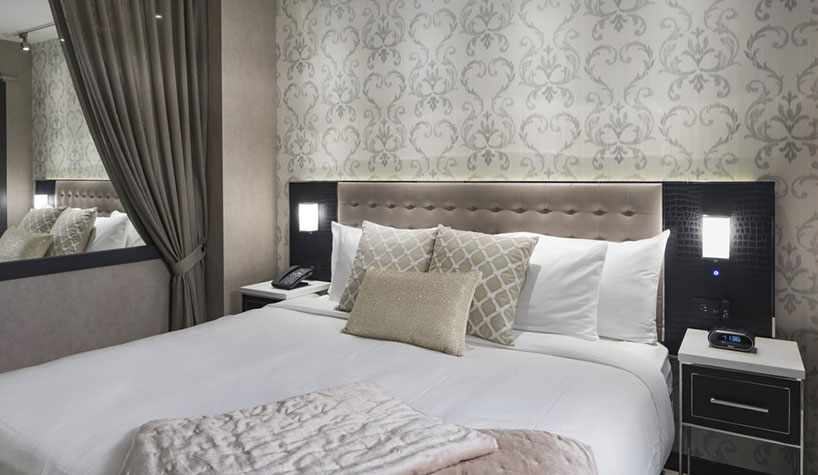 The Aliz Hotel is slated to open this summer in New York City.

NATIONAL REPORT—Four hotels around the country have opened or are in the works, including a new project in New York’s Times Square. Here’s a look at what’s new:

Aliz Hotel Times Square is set to open this summer. Managed by Crescent Hotels & Resorts, the hotel is expected to be one of the tallest in New York. Highlights include its 287 guestrooms with HD flat-screen TVs, luxury bedding and bath amenities; high-speed WiFi; a two-story lounge and bar space; and a Green Key certified environmental program.

In late summer/early fall, the Aparium Hotel Group is set to open the Hu Hotel in Memphis, TN. The 110-key hotel inhabits the former Tennessee Trust building. Located in downtown Memphis at the corner of Madison Ave. and S. Main St., there will be three on-site F&B options and a range of accommodations from traditional guestrooms to suites with Mississippi River views.

F&B options include Katsuya restaurant, accommodating nearly 180 diners. The 6,537-sq.-ft. space has a private dining room for 10-12 diners, which can also be broken into two rooms. SLS LUX Brickell also has the S Bar, a 2,535-sq.-ft. space that can seat 85 people.

Accommodations include 100 guestrooms and suites. There’s also an on-site fitness center, indoor pool with a waterslide, gift shop, free WiFi and a complimentary hot breakfast. The hotel can also serve as a venue for meetings and special events with its flexible meeting space that can accommodate up to 80 people.