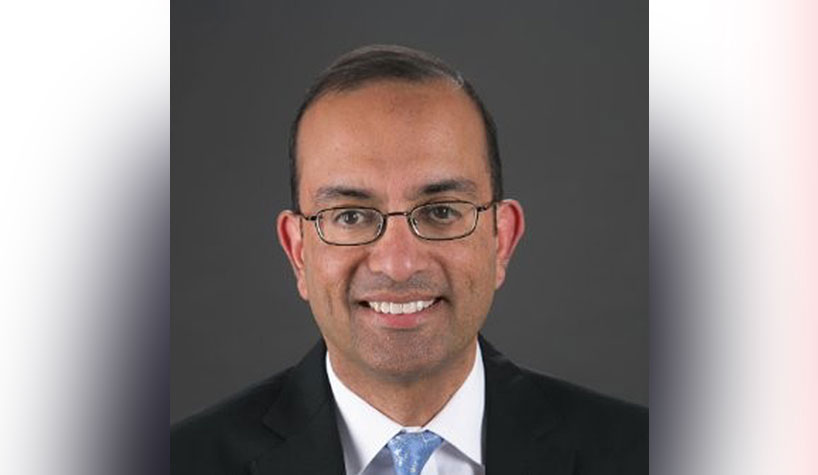 People are on the move in the hospitality industry, including the departure of AHIP’s CFO. Here’s a look:

“I would like to thank Azim for his diligent work and greatly appreciate all his contributions through his tenure at AHIP,” said Jonathan Korol, CEO. “He was integral in growing the company, strengthening its balance sheet and building out our accounting and finance team. On behalf of AHIP’s board of directors and management, we wish him the best in his future endeavors.”

“It has been a privilege to work alongside the entire AHIP team and to have been a part of the company’s growth story,” said Lalani. “I am confident that AHIP will remain on a solid path forward.”

The company will be initiating a broad search for a new CFO immediately, including external candidates. Anne Yu, AHIP’s VP, finance, will act as interim CFO.

The newly created role is in response to the industry’s increasing demand for alignment across global asset management portfolios, in addition to the company’s continued commitment to be the most connected, strategic and creative team of hotel advisors across all global businesses, the company reports.

She brings more than 20 years of hospitality industry and leisure real estate experience to her role as practice leader, including hotel asset management, luxury resort and master-planned community operations.

Pyramid Hotel Group adds Berry and Karpinski
Pyramid Hotel Group has named Brian Berry EVP of commercial strategy and Peter Karpinski EVP of operations, independent & lifestyle hotels. The two add bench strength as the company sharpens its focus on data analytics and further solidifies its expertise in independent & lifestyle hotels with the addition of a dedicated specialist, it reports.

In his new role, Berry oversees Pyramid’s sales, marketing, revenue management and e-commerce disciplines. A 30-year hospitality veteran, he is also responsible for developing platforms and resources to allow Pyramid to drive greater revenue share more nimbly and ably than its competitors, acting or proactively pivoting as the market and situation demands. Prior to his new role, he was SVP of global revenue management for Hyatt Hotels where he oversaw the performance of the brand’s 900 managed, franchised and owned hotels, resorts, residential and ownership properties in 57 countries over six continents. Previously, he held similar positions as SVP of sales & data analytics with Cvent Inc., and SVP of global revenue management at Host Hotels & Resorts.

In his new role, Karpinski leads the company’s growth and execution in the segment. He also will lead Pyramid’s overall F&B strategy, as well as the exclusive management relationship with UMusic Hotels, the recently announced global collection of music-based, experiential hotel properties owned by a joint venture comprising Universal Music Group (UMG) and Dakia U-Ventures.

Karpinski is perhaps best well-known professionally for his tenure as partner/officer/executive committee member at Sage Hospitality Group, where he cofounded Sage Restaurant Group, as well as helped lead and evolve the enterprise through transformative and evolutionary growth for more than a decade. He also cofounded Arrive Hotels & Restaurants, a privately held hotel and restaurant brand development, ownership and management company, which he led from inception through successful disposition. During his more than two decades in the hospitality industry, he has held numerous operational and F&B positions with such companies as Four Seasons Hotels, Caesars Palace and Star Restaurant Organization.

Ed Robison Joins HP Hotels
HP Hotels has added Ed Robison to its executive team to serve as the company’s SVP of owner relations and development.

In this position, Robison supports many of the growth initiatives of HP by contributing to all aspects of underwriting, including market research and feasibility analysis, creating pro forma hotel projections and performing return analyses. He also participates in due diligence efforts to determine the financial viability, profitability and appropriateness of transaction structures.

He has more than 35 years of corporate, franchise and property experience in operations, sales, management and development. He comes to HP from Hilton where he spent 14 years, most recently as senior director of owner support for the Hilton-focused service and all-suites brands. They included more than 4,800 hotels that were part of the Embassy Suites, Hilton Garden Inn, Hampton, Homewood Suites, Home2 Suites and Tru brands.

Newbury brings 30 years of international independent hotel experience to his new position, which carries the responsibility to drive the strategic direction and evolution of the Preferred brand in Asia-Pacific, ensuring the success and retention of more than 150 member properties across the region and overseeing the company’s associates who are based in offices across 10 cities.

Since he joined Preferred in July 2008—first serving as VP of brand development and most recently as SVP of strategic development—he has transformed the company’s approach to development, targeting hotel owners, operators, asset managers and management companies globally and fostering impressive growth for the company globally. He has spearheaded a variety of global development initiatives that have helped fuel a 20% growth in the brand’s hotel portfolio over the past decade, including the launch of the brand’s newest campaign, Freedom, that debuted in May 2020. In addition to his development work, he served as Preferred’s VP of e-commerce & technology from July 2010-March 2012.

Prior to joining Preferred, Newbury spent three years as VP of global development for Small Luxury Hotels of the World, where he leveraged his international background to support growth of the brand with a focus on Asia. He has also served as operations director for VIP Ski, which operates luxury chalets, hotels and resorts across the French and Austrian Alps, and held on-property sales and marketing positions with both The Langham Hotels and Resorts and Thistle Hotel brands.

Concurrent with Newbury’s promotion, the company added Ahlgrim in 2020. In this role, Ahlgrim continues the momentum created by Newbury and Preferred’s Americas team and oversees growth of the brand’s portfolio in the U.S., Canada and the Caribbean.

Prior to joining Preferred, Ahlgrim spent more than seven years with Global Hotel Alliance (GHA), most recently holding the position of regional head of development for the Americas. While at GHA, he successfully structured multiple strategic partnerships that drove the growth of the GHA portfolio in the Americas; recruited new hotels and brands to GHA’s Discovery loyalty platform; led the management and retention of GHA member brands in the U.S.; and established GHA’s global corporate travel sales program.

Mayer started his journey in the hospitality industry when he was 17 years old. Over the years, he has worked for InterContinental Hotels & Resorts, Kempinski Hotels and Starwood Hotels & Resorts.