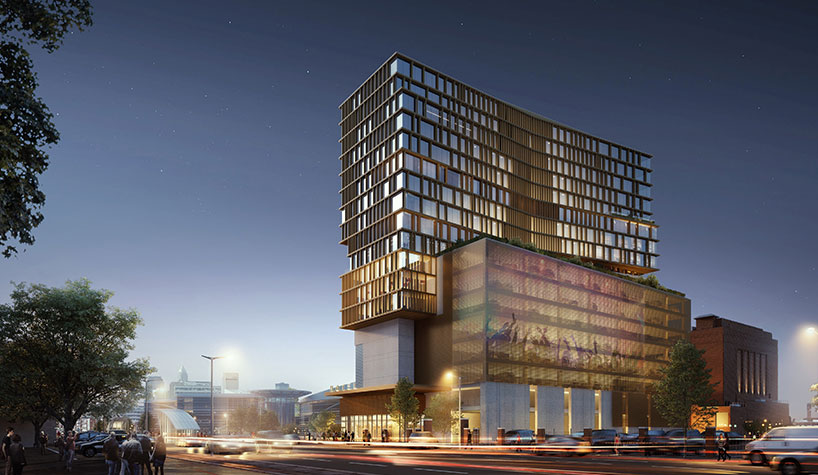 NATIONAL REPORT—Hotel projects continue to come to fruition across the country, providing optimism during this uncertain time. Here’s a look at the recent hotel developments in the works:

Dream Hotel Group to Debut Dream Cleveland in 2022
Dream Hotel Group has plans to debut its flagship lifestyle brand Dream Hotels in Cleveland. Set to open in 2022, Dream Cleveland is part of a larger development housed within the city’s historic Masonic Temple and situated atop the new TempleLive music venue on Euclid Ave. When complete, the project will have 207 guestrooms, multiple dining and nightlife venues, a fitness center, 100,000 sq. ft. of meeting and event space and will be adjacent to the Cleveland’s Masonic Temple.

Local architectural firm Bialosky is the designer and executive architect, working closely with general contractor Cleveland Construction, and did the initial stabilization and preservation work on the building in 2018. Construction is expected to begin in early 2021. The Cushman & Wakefield Global Hospitality Team of Daniel MacDonnell and George Qiao are representing developer Beaty Capital Group on the project positioning and construction financing.

Pendry Natirar Progresses on Next Phase of Development
Pendry Hotels & Resorts proceeds with site work on Pendry Residences Natirar, slated to open in 2021 in Somerset County, NJ. Site work for the residential enclave has begun on the residences and construction on the initial residences is expected to be completed by the end of this year.

The property will have 68 guestrooms and suites, along with a limited collection of 24-fully serviced private Estate and Farm Villa residences. Pendry Residences Natirar owners will also have access to the hotel’s array of amenities, programming, including Ninety Acres, the farm-to-table restaurant and cooking school, as well as a full-service Spa Pendry; fitness center, swimming pool and tennis courts; private membership club; and a variety of outdoor activities.

The hotel is also close to the Lakeland Linder International Airport and Publix Supermarket Headquarters. The hotel will operate as a Marriott franchise, owned by Lakeland Hospitality Group and managed by Tampa-based McKibbon Hospitality. Amenities include a full-service bar and dining option, 4,000 sq. ft. of flexible meeting space and an outdoor pool.