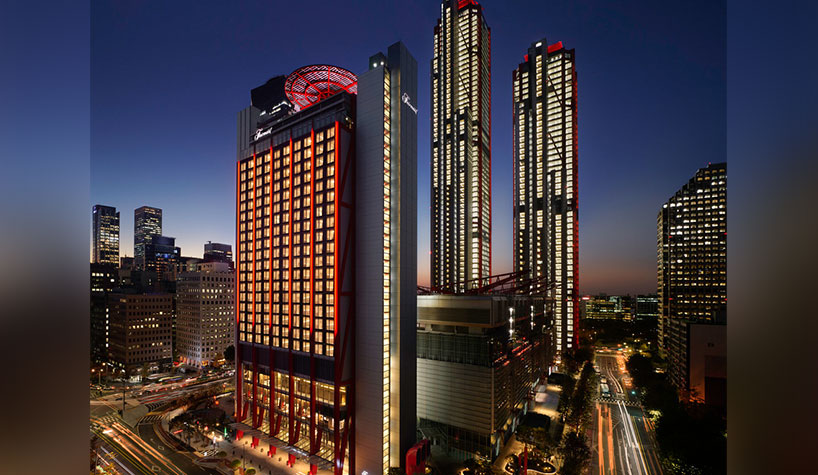 Accor has revealed that it will be increasing its presence in South Korea in the next five years.

Between modernity and ancestral cultural heritage, the country has been experiencing an increase of its tourist attractiveness for more than 10 years. The group is well aware of its potential and will operate 33 hotels and resorts in South Korea by 2025. Fairmont made its debut in the region with the opening of Fairmont Ambassador Seoul on Feb. 24.

“We are delighted with the continued expansion of our network in South Korea,” said Vincent Lelay, VP, operations for Accor Ambassador South Korea. “This fast pace of development is the result of our successful joint partnership with the Ambassador Hotel Group. With local expertise and international marketing and distribution capabilities, we believe that we can provide an enhanced guest experience, giving travelers the opportunity to explore new destinations across the Accor network in South Korea.”

Fairmont Ambassador Seoul
Fairmont Ambassador Seoul, located at the Parc.1 complex on the capital’s Yeouido Island, offers panoramic views of the city skyline and the Han River from its 326 contemporary rooms. The hotel has three restaurants, a rooftop bar, an indoor swimming pool, a spa, a fitness center, 10 meeting rooms and a grand ballroom. The hotel joins a collection of more than 80 Fairmont addresses around the world

In the next five years…
Featuring 72 guestrooms, Mercure Ambassador Jeju is set to open in mid-2021. With an array of dining outlets, a pool, spa and indoor driving ranges, the resort is located close to Jeju International Airport and Jungmun Tourist Complex.

With 219 rooms, Mercure Ambassador Pyeongtaek is located in the industrial area nearby to the residential district. Set to open in 2024, the hotel features a restaurant and bar, meeting room and business center. Leisure facilities include a swimming pool, spa and fitness center.

In the historic port city of Mokpo, the 235-room Mercure Ambassador Mokpo is located close to KTX station and surrounding tourist attractions. Opening in 2025, the hotel features a restaurant and bar, a 500-seat convention and meetings facility, fitness center, pool and a kid’s club.

Sofitel will also make its debut in South Korea this year in Seoul.

Marriott expands South Asia footprint with 22 signings On the heels of the 16th Hotel Investment Conference—South Asia (HICSA 2021), Marriott International has signed…
Accor expands U.S. footprint with hotels in Scottsdale; San Antonio Accor has added two hotels expected to open in 2023, SLS Scottsdale in Arizona and Artista…
New Hotel Openings in the South NATIONAL REPORT—From a pair of New Orleans rebrands to a baseball-themed hotel in St. Louis, here…
Hotel Projects Heat Up the South NATIONAL REPORT—Hotel developments are underway in the South. Brand debuts and branded residences are part of…