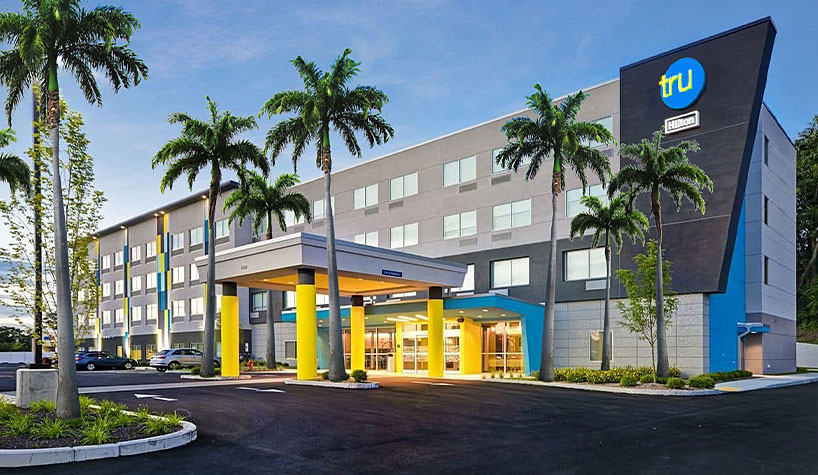 NATIONAL REPORT—Brands such as Tru by Hilton, Hyatt House and Extended Stay America have opened new locations across the U.S.

Amenities include free WiFi throughout hotel and guestrooms; The Commons lounge and the Outdoor Commons, which includes an outdoor fire pit and BBQ; complimentary Morning Spread, a full hot breakfast; The H BAR, which features the Sip + Snack Menu; the 24-hour H Market; a 24-hour gym; and Gathering Rooms with more than 1,172 sq. ft. of flexible meeting spaces.

Hotels open from coast to coast Recent openings include a dual-branded Hyatt Place and Hyatt House in Los Angeles, an eight-building boutique…
Hotels Open From Coast to Coast in the U.S. NATIONAL REPORT—Brands such as AC Hotels, Staybridge Suites, TownePlace Suites and Lotte Hotels have opened new…
A Trio of Openings Across the U.S. NATIONAL REPORT—Hotels that recently opened across the U.S. include an Autograph Collection property in San Juan…
A Trio of Hotel Openings NATIONAL REPORT—Hotels are continuing to expand in locations across the country. Here's more on the recent…