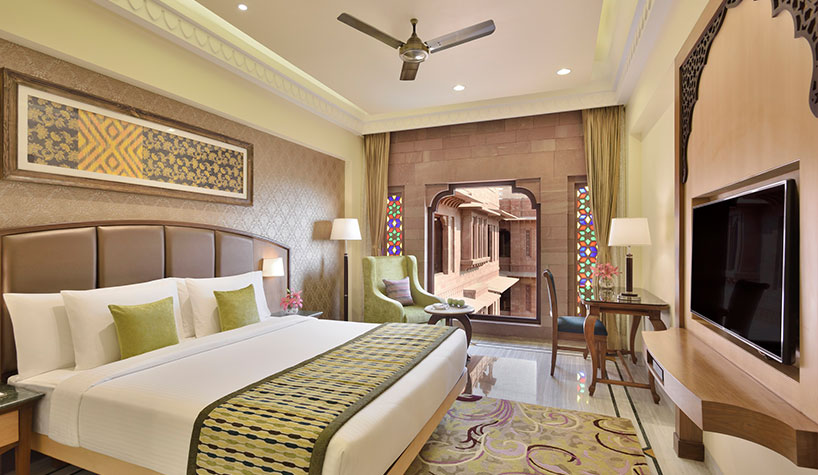 Radisson Jodhpur is the first Radisson to open in Jodhpur, India. Spread over 70,000 sq. ft., the hotel’s architecture is reminiscent of Rajasthan’s culture and style.

The hotel has 96 rooms across superior, business class, studio suites, single-bedroom suite, two-bedroom duplex suites and presidential suite categories. The business class rooms include a separate living room and deluxe suites feature a bathtub, powder room, microwave and TV in the separate living room. There is also a fitness center with modern equipment and a spa service with two treatment rooms for a rejuvenating stay.

Hilton marked the opening of Hilton Cabo Verde Sal Resort, a new resort on the Island of Sal in Cabo Verde and the brand’s debut in the country.

Each of the hotel’s 241 guestrooms have a 50-in. LED television, WiFi and a balcony or terrace. Elsewhere, the property has a natural stone pool set within a tropical garden. Amenities include a 24-hour fitness center, kids club with a children’s pool and a nautical center for diving and sailing. There is also a beauty salon and Hilton’s signature eforea Spa concept with a wet area and eight treatment rooms.

El San Juan Hotel, Curio Collection by Hilton, is set to reopen its doors on Oct. 1, following its closure in September 2017 due to the impact of Hurricane Maria. The 388-room property is undergoing a $65-million renovation reflected in its guestrooms, oceanfront villas, public spaces, pools and outdoor landscaping.